Starting to practice Kyokushin in 1962, Loek Hollander went to Japan, where he trained under the guidance of Sosai Oyama. After long hard training in 1967, he became the fourth karateka ever to complete the Hyakunin-kumite test.

Shihan Loek Hollander was the right-hand man of Sosai Masutatsu Oyama, especially in the field of international relations. He created a unique European Kyokushin teaching style and spared no efforts in promoting Kyokushin, especially in Eastern Europe. During 50 years, he was a member of the IKO International Committee responsible for Kyokushin in Europe and supervised the development of Kyokushin in Africa. After leaving IKO in 2010, Loek Hollander founded another international organization Kyokushin World Federation (KWF), within which he continued to work on the development and promotion of Kyokushin on the post of a President of this organization. In 2011, together with the founders of IFK, KI, AKR, Loek Hollander, on behalf of KWF, signed an agreement on the creation of KWU with the aim of cooperation in uniting Kyokushin and returning back to its roots as it was under Sosai Masutatsu Oyama. In July 2017, he was nominated for the 10th dan in Kyokushin karate. After leaving the position of the KWF President until the end of his life he remained there as the Honorary President of KWF.

Death of Loek Hollander is a great loss for the entire large Kyokushin family. In our hearts he will forever remain an outstanding karateka, teacher, an example of a man devoted to his work and a man who dedicated his whole life to kyokushin. 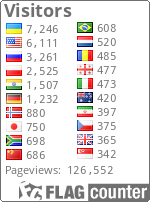